Best Bets: A Quick Guide to Online and In-Person Fun and Experiences

Today is 175e day of the year. We’re approaching the midpoint of 2022, which will be July 1, by which time we STILL won’t know the final election results for the New York primary. Maybe one of our favorite lines on this primary comes from tuesday New York Times article: “Ready or not, voters will make history in Tuesday’s primary election when New York becomes the largest place in the country to use ranked choice voting …”

Postal ballots are expected to be a huge factor, and the time to finalize priority ballots is a factor. But the “speculation time” in the delayed results will likely force the media to do more analysis and explanatory coverage of the entire electoral process as it unfolds.

Bklyner’s Billy Richling provided some interesting information about the primary, noting that 750,000 Democrats and 51,000 Republicans voted across town, including the nine days of early voting. The turnout was higher than the Democratic primary for mayor in 2013, when the votes cast by Democrats totaled 691,801.

Due to the increased interest in the dynamics of ranked choice, readers will undoubtedly be following their favorite social media more closely for an instant update.

Hamill grew up in Park Slope and used it as a loving setting for his rich human interest stories.

MTA NOW SAYS “NO MONEY” at toll booths, since yesterday. Employees will not accept cash payments or exchange damaged cards. Hand-to-hand transactions were banned at kiosks from March 2020, due to COVID-19, a policy that has become permanent. Metrocard vending machines will always accept cash.

Observers note that this could be a key reduction strategy going forward.

BILL PROVIDING LEAVE WITH PAY FOR FEDERAL EMPLOYEES: Representative Carolyn Maloney, which represents Greenpoint, and parts of Queens and Manhattan will hold a hearing tomorrow, June 24, on its legislation to provide full family and medical leave to all federal employees. The bill under consideration, HR 564, will grant all federal employees up to 12 weeks paid leave for any 12-month period to care for a spouse, child or parent. sick; treat serious personal illness; or any qualifying circumstance resulting from a spouse, child or parent who is designated or will soon be designated as an active duty member. HR 564 builds on the Congressman’s landmark legislation, the Federal Employee Paid Leave Act (signed in 2019 and implemented last year).

School districts that serve a high population of food insecure students would be prioritized under the new pilot program.

Designed by Jneyde “Nehemiah” Williams, the limited edition card pays homage to the history, contributions and culture of black Americans.

TASTE THE FLAVORS AND SUCCESS OF BLACK BUSINESSES Brooklyn Restaurants Charm Bar & Restaurant, Kelewele NYC, The Real Motherschuckers, Jammit Bistro, Sugar Bomb Sweet, Pelah Kitchen, Lips Café, Sweet Brooklyn Bar are among those participating in Black Restaurant Week, LLC – New York joins the No Crumb Left Behind campaign. This nationwide tour and palatable showcase, which runs from Friday June 25 to July 4, celebrates the flavors of African American, African and Caribbean cuisine, with the goal of breaking down the systemic barriers faced by restaurants owned by blacks. share ways to help them succeed.

WOODHULL HOSPITAL CELEBRATES PRIDE: Bushwick community invited to this year’s Woodhull Pride Parade and celebration, Next Wednesday, June 30, from 10 a.m. to 2 p.m., in thanks to those who have supported Woodhull Hospital. Several performances such as singers, dancers, drag queens, parade, Woodhull Hospital Pride Parade and celebration will take place on Marcus Garvey Boulevard. and social distancing procedures and temperature controls are still in place.

Those wishing to participate must confirm their attendance by Monday June 28 at the latest.e to Jessica Arocho, Director of Community Affairs, at 718-963-8140.

TO A 21st-CENTURY PARK SYSTEM: New York Parks Commissioner Mitchell J. Silver, FAICP joined elected leaders and community members earlier this week to officially unveil designs for two planned projects at Commodore Barry Park, with the goal of creating a fairer 21st century park system. The projects, one of which is already funded, will completely reinvent the green space by rebuilding much of the park, including the addition of new baseball and football fields, sports lighting, new trails, the landscaping, security lighting, fencing and a new, more accessible entrance from Navy Street.

The second project, although not yet funded, will rebuild the park’s multi-purpose playground, including playgrounds, basketball courts and the picnic area.

THE HUMAN BODY AS AN ARCHIVE OF ETHNIC EXPERIENCE: “Baseera Khan: I am an archiveLaunches six new works of art that explore Khan’s body as a site of accumulations of experiences, stories and trauma. The art uses a variety of multimedia collage techniques to visualize the lived experiences of people at the intersections of Muslim and American identities, both today and throughout history. Khan is the recipient of the UOVO Award, awarded to an artist living or working in Brooklyn. As part of the award, Khan received an exhibition at the Brooklyn Museum as well as a commission for a large-scale public art installation.

This installation is now in public view – on the facade of the UOVO Brooklyn facility in Bushwick.

WELLNESS WEDNESDAYS: The Phoenix NYC announced its partnership on Wednesday with Brooklyn Community Services Prospect Plaza Community Center, at 1835 Sterling Place between Saratoga and Howard avenues. The Phoenix NYC will be at Prospect Plaza every Wednesday from 10 a.m. to 1:30 p.m. for Wellness Wednesdays. Among the offers: stretching and breathing courses open to all seniors aged 18 and over. A crochet club and open community chat are also offered.

Sobriety of the previous 48 hours is required.

STAND-UP COMEDY FOR CHILDREN, WITH A TWIST. This summer, the Brooklyn Children’s Theater organizes “Goof, Gather and Grow”, a small comedy workshop for girls, trans and non-binary youth aged 10 to 13. The in-person workshop will provide a diverse group of young people with a focus on stand-up comedy, social justice and connecting with one another. Community Center (203 Driggs Ave) in Greenpoint, Brooklyn August 2-6.

Those interested should register on the BCT website as soon as possible, as the workshop is limited to 12 participants.

GRADUATE STUDENTS HONORED AT THE MAIMONIDES PARK CYCLONES GAME: Brooklyn Roman Diocese honored the academic results of its graduate students at Maimonides Park, home of the Brooklyn Cyclones, in Coney Island on Tuesday. Braving the rainy weather, the Majors and Salvationatorians of the Catholic Academies and Parish Schools of the Diocese of Brooklyn were honored on the Diamond before the Cyclones took the field against the Jersey Shore BlueClaws, as part of the annual event of the Night of Catholic Diocesan Schools.

Gina Krainchich, director of educational media services for DeSales Media, the parent company of The Tablet, said the 55 laureates were the most visiting eighth graders in Catholic Schools Night history. 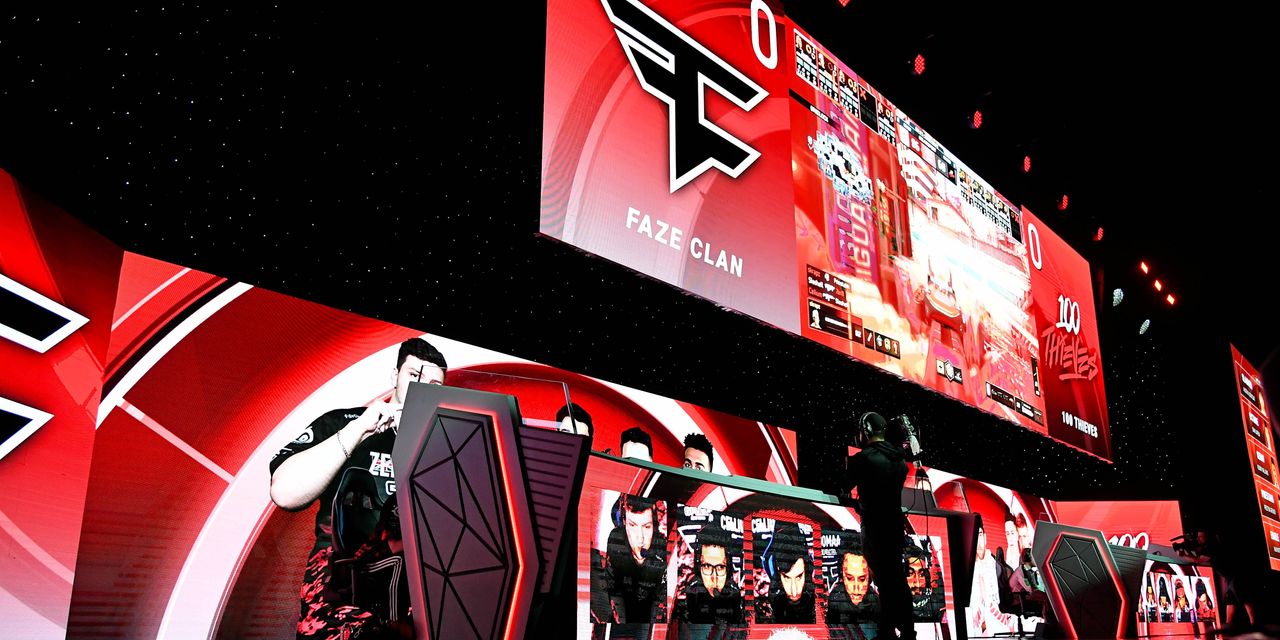