Jeff Koons became the last artist to participate in the historic BMW Art Car project. It joins a stellar list to include people like Alexander Calder, Andy Warhol, Roy Lichtenstein, Robert Rauschenberg and John Baldessari (to name a few) who, since the project began in 1975, have used BMW cars. as a backdrop. Koons uses the BMW M850i ​​xDrive Gran Coupé as the basis. And unlike in previous years, the 8X Jeff Koons project will be produced in limited numbers and sold as a collector’s edition after the world premiere at the Frieze Los Angeles art fair in February 2022.

This will be the second time that Koons has worked on a BMW Art Car project. His 2010 M3 GT2 Art Car was a riot of color and continued to perform at the 24 Hours of Le Mans. I remember meeting the artist at the Center Pompidou in Paris when the car was unveiled. Then Koons wanted to express the power of the racing car. “When the car is not racing, when you walk around this art car, it has to refer to the power under the hood,” he told me. This time around, its focus has evolved somewhat to be in tune with today’s concerns, primarily the art and craft of manufacturing. “I thought about it very intensely,” he explains. “What is the essence of the 8 Series Gran Coupé? What is the essence of power? How do you create something that illustrates all the energy of the BMW 8 Series and which is also capable of touching the human element? “

The result is 8X Jeff Koons. The energetic design is a nod to pop art, for which the artist is known, while the geometric patterns refer to the contours of the sporty 8 Series Gran Coupé. The concept centers on refinement and craftsmanship, with a multi-coated paint job taking 285 hours to apply to each car. The design combines eleven different exterior colors ranging from blue to silver as well as yellow to black. The multi-colored interior is made up of premium materials, fine leather and a cup holder cover and the artist’s engraved signature. The seats consist of the classic red and blue colors of the brand’s high-performance BMW M division.

“Working with Jeff Koons again to create something really special together is a great pleasure,” says Adrian van Hooydonk, BMW Group Design Manager. “He is one of the greatest artists of our time and one of the most inspiring and engaging human beings to work with.”

The BMW Art Car project started in 1975 when racing driver Hervé Poulain asked his artist friend Alexander Calder to paint a 3.0 CSL which he then raced at Le Mans that year and so the series was born. Since then, the brush of some of the most notable names in art history has stroked BMW racing cars, all but one (Olafur Eliasson’s H2R hydrogen car) competing on the international racing scene.

8X Jeff Koons also celebrates 50 years of BMW’s cultural commitment. Through BMW Art & Culture, the automaker works with and supports artists, designers and cultural institutions from around the world, including the London Symphony Orchestra, Art Basel, Frieze Art and Art D’Égypte. It might seem like a strange way to sell cars, but what BMW gains from this exchange is to associate with the arts and ideas, the elements of which will naturally fuel thought within the organization. “We love the arts and the bold voices of our time,” says van Hooydonk. “Our passion is emotion and being able to work closely with Jeff Koons again has been an extraordinary source of inspiration. What better artist to collaborate with on the 8 Series Gran Coupé? Car Design is inspired by art and engineering and turns them into highly emotional experiences.

The cars are now produced in a secret location at the BMW Group plant in Dingolfing, Bavaria, with just two cars produced each week.

Previous A change in sensitivity | Herald of the Deccan

Next Expansion of the Group of Seven exhibition 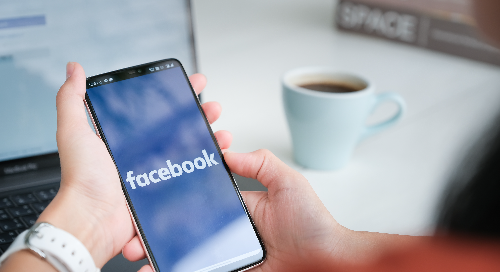